Tennis / Golfers Elbow – There Is Hope! 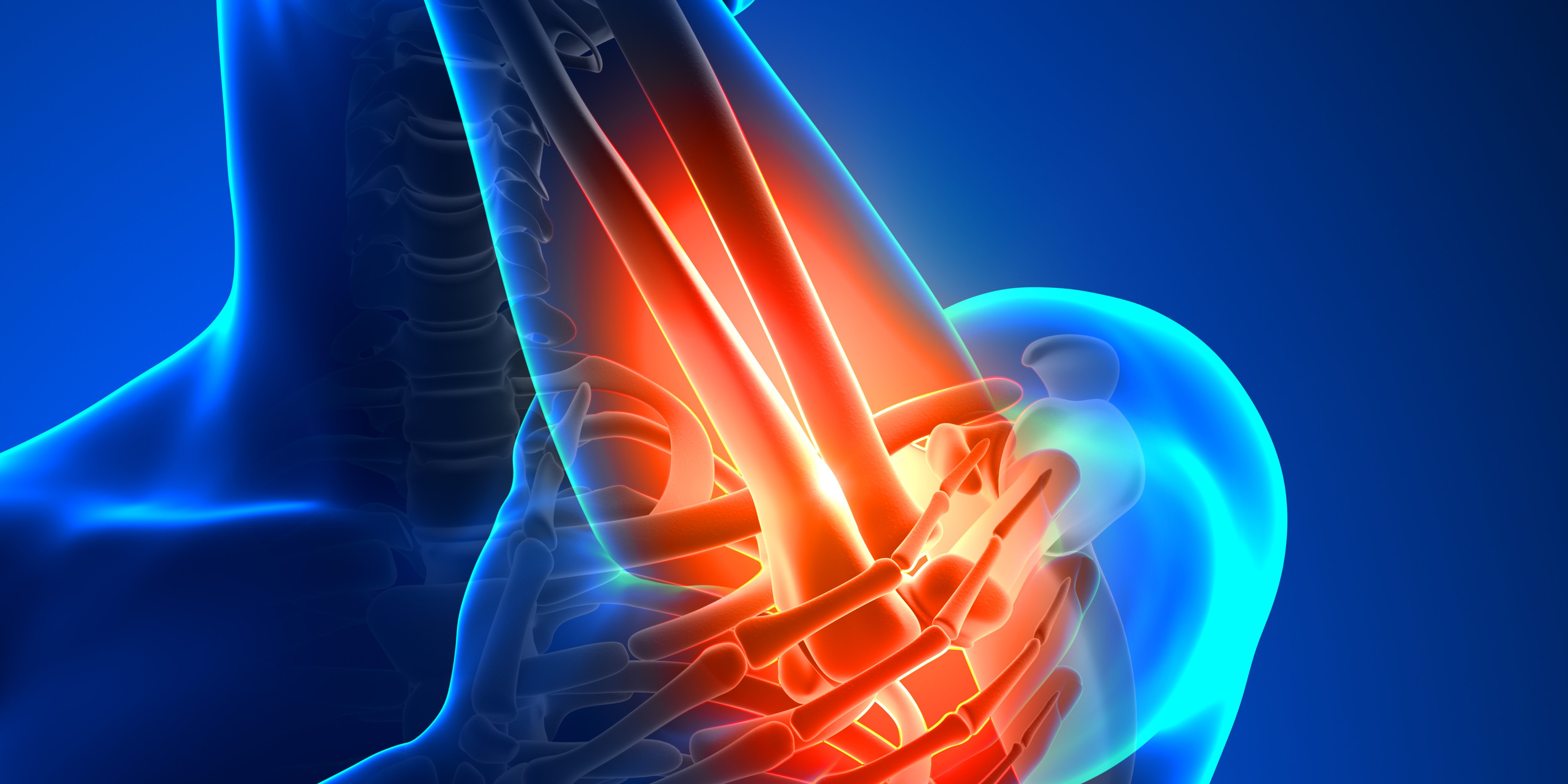 Self confessed muscle geek looking to tear down outdated physiotherapy principles and show the world a new better way.

At it’s worst Tennis Elbow and it’s near cousin Golfer’s Elbow can be hugely debilitating. It can leave you unable to carry shopping, unable to carry a cup of tea and generally feeling pretty grumpy! It leaves you wondering if you’ll ever be able to regain your previous quality of life. Whether that’s being able to play your favourite sport or simply enjoy a nice brew without fear of dropping it over yourself!

And of course just to finish the hilarity in naming convention we see it most in people who either do no sport at all and certainly neither golf nor tennis.

What On Earth Does That Mean?

Well as with all these labels not a lot really! As some of you may know or have worked out lateral on means on the outside of the elbow (when standing in anatomical position) and medial on the inside of the elbow. Now epicondyles are the nobbly bits of bone that the muscles attach to around your elbow. The inside one (medial) is very easy to find on most of us.

Now for the “itis” bit. This means inflammation. Which is funny, because the condition is now thought not to be inflammatory. A while back is got changed to more of “tendinosis” which means degeneration of the tendon. Which is also unfortunate as that doesn’t seem to be the case either! 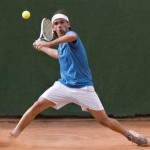 So What Is Going On Then?

We prefer a more generalised diagnosis. The way your body works has caused a variety of structures, some of which may be around the site of the pain, to feel pain in or around your elbow and / or down your forearm. This may, or may not, be associated with neural type symptoms – numbness, tingling or pins and needles.

Vague enough for you? That’s what 11 years experience and seeing hundreds of these conditions will do to you! The truth is no two cases are the same. Just as no two people are the same. It’s our job as therapists to work out exactly where your body is not working as it should, fix that et voila, you can carry all the shopping you want.

Where Does The Body Goes Wrong?

Ah. Now I’ve asked myself a tricky one again. The truth is that it can be a compensation from any part of your body. Most commonly it’s your opposite hip (no really!) which is usually associated with some tightness on the same side shoulder as your elbow / arm pain.

This tightness in the shoulder affects the brachial plexus (the trunk nerve which gives sensation down your arm) which in itself can give pain – especially if you have associated nerve type pain with your tennis / golfers elbow. Even if it doesn’t there can be an affect on the nerve where by the muscles down the arm get tired too quickly, overwork during relatively menial use, get tight, stay tight and cause pain.

Of course the more you’re using your forearm muscles the less your biomechanics have to be out to give you pain, discomfort and / or weakness in the affected arm.

Why Did I Get This Condition?

Well either you just plain used your forearm too much (we’ve fixed a lot of high standard racket sports players and bricklayers for example), you’re biomechanics aren’t quite up to the job for the amount you want to use the arm, you got too stressed or maybe a combination of all 3!

So What Can You Do About It?

Firstly calm down and don’t fear it. The more you worry the more pain you feel. See one of our previous posts here for the psychological aspect of pain. In a nutshell stress leads to an increase in pain sensitivity, we simply feel more pain when we’re tired, run down or stressed out. 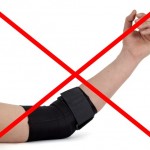 Secondly throw that silly strap away! The affects have been shown to be psychological at best and often make things worse. If you wear something which increases your brains awareness of that area of your body you will be more aware of sensation in that area and so feel more, not less, pain. Such devices send me into rage! Though not quite as much as the pain relief ads on TV which truly should be illegal due to the exaggerated claims they make!

Thirdly, give us a call – 01793 613352. 95% of these conditions are easily improved and then cured. We’ll soon let you know if you’re in the other 5%! You’ll be back smashing serves down at the kids before you know it. Back laying as many bricks as you like or back able to sit at your desk pain free.

How Long Does It Take To Get Fixed?

This is that “How long is a piece of string?” question! Sometimes it’s very quick, sometimes it takes a bit longer, but rest assured we’ll get you back to your best as fast as we possibly can.

No excuses now! The people who get better are those who take action!

Everything You Need To Know To Get The Most Out Of Your Treatment
September 17, 2021

Everything You Need To Know About Ankle Sprains
May 7, 2020

Is Stretching Really The Best Way To Sort My Tight Hamstrings?
March 10, 2020

After persistent back problems caused by a rugby injury and having seen physiotherapists with varying degrees of success I contacted Swindon Sports Therapy and arranged an appointment. Their approach and explanation of what was wrong and how it would be treated inspired confidence, and after the course of treatment, my back is at its best for years.

I went to the Swindon Sport therapy clinic with lower back pain and restricted movement. They treated much more than my back symptoms, really looking at what other parts of my body were causing the problems. Through massage and simple stretching exercises my pain has now gone and areas of my body that I now realise had been giving me restricted movement for a long time have freed up again. I also feel I have the tools to keep me this way. I wouldn’t hesitate to go back.

It has been amazing seeing and feeling the difference that just a few months have made and best of all, I can run again without any discomfort! I found the sessions to be very informative in helping me to understand my injury.

I arrived at the door of Swindon Sports Therapy with a calf injury. They were excellent and immediately found the root of the problem. After a few sessions all these issues have been sorted and I can honestly say it has helped me achieve more in my fitness regime. Without hesitation I would recommend Swindon Sports Therapy for the professional, expert and friendly treatment I received.

Excellent sports therapy. I was having ankle pains for several months. The problems with my ankle and associated area were quickly identified. The sports massages and exercises given quickly helped my injury and by the fourth session my problem was almost entirely fixed. I would highly recommended Swindon Sports Therapy.

The best treatment by far! I’ve had 5 different Physiotherapists over the years and the physiotherapy techniques I’ve had from the Sports Therapists here have been the best yet. Easy to work with, give great ‘at-home’ exercise to do and has sorted all my sports injuries.

From the very first session I noticed massive improvements and a reduction in the pain and discomfort I lived with daily. Having spent nearly 8 years trying different health professionals in and out of the country, this has by far been the best. I can’t thank Swindon Sports Therapy enough and would highly recommend them.

Simply put this was an amazing experience. I would go as far as describing my recovery as miraculous. After 6 years of crippling shoulder pain, 4 therapists and over a thousand pounds wasted I had pretty much given up on the thought of a healthy shoulder. I took a punt on Swindon Sports Therapy and boy did it pay off. In just a couple of sessions they were able to identify the root cause and remedy my pain. I still can’t believe I am pain free! Highly recommend they certainly know what they are doing.

Disclaimer: The testimonials on this page are the opinion of a few of our clients. Results to treatment cannot be guaranteed. We can guarantee we’ll be doing everything we can get you back to your best ASAP.

This website uses cookies to improve your experience while you navigate through the website. Out of these, the cookies that are categorized as necessary are stored on your browser as they are essential for the working of basic functionalities of the website. We also use third-party cookies that help us analyze and understand how you use this website. These cookies will be stored in your browser only with your consent. You also have the option to opt-out of these cookies. But opting out of some of these cookies may affect your browsing experience.
Necessary Always Enabled
Necessary cookies are absolutely essential for the website to function properly. This category only includes cookies that ensures basic functionalities and security features of the website. These cookies do not store any personal information.
Non-necessary
Any cookies that may not be particularly necessary for the website to function and is used specifically to collect user personal data via analytics, ads, other embedded contents are termed as non-necessary cookies. It is mandatory to procure user consent prior to running these cookies on your website.
SAVE & ACCEPT