Is It Really Patella Tendonitis? 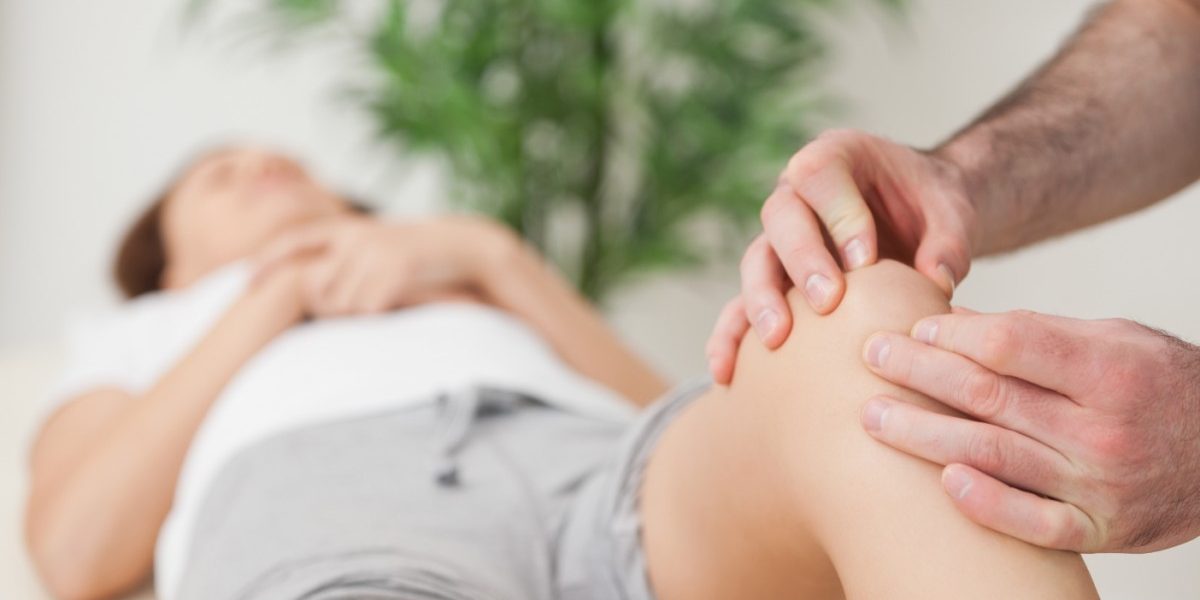 Self confessed muscle geek looking to tear down outdated physiotherapy principles and show the world a new better way.

Our regular readers will be getting used to my controversial opinions on all things Physiotherapy and Sports Therapy. I would have put the title Patella Tendonitis doesn’t exist – but I’ve used that one too many times already. But genuinely, in 12 years of practice I’ve not seen a true case of Patella Tendonitis. So why is this?

What Is Patella Tendonitis? 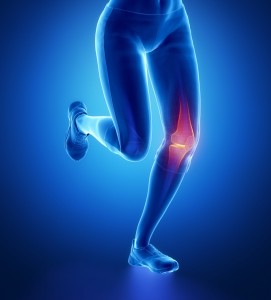 Complicated is what it is! So it used to be called tendonitis. But that implies inflammation of the tendon which is technically incorrect. Then the Physiotherapy world re-branded it tendonosis which means degeneration of the tendon. Which seems a little more accurate and has been in vogue for quite a while now.

To get full blown genuine problems with tendons you will see neovascularisation and collagen changes. For those that haven’t swallowed a medical dictionary that means that the body decides to lay down new blood vessels to deal with the pain which actually makes things less flexible and more painful – this is more commonly seen in Achilles tendon problems.

What leads to this is a reduction of normal collagen and an increase in type III collagen – translated this means less of the stuff that gives tendons strength and makes them springy. This all comes about initially from too much cell death (apotosis) which comes from the predisposing factors discussed below. Finally nerves that give sensation in this region come to the party and realise that something is awry and start letting you know by way of the medium of pain!

Who Does Patella Tendonitis Affect?

Athlete wise it most likely affects people who specialise in explosive sports. For example Basketball, Long, High and especially triple jumpers. But anyone and everyone can have symptoms which mimic or indeed are issues related to the patella tendons.

Other predisposing factors are nutrition – as with all conditions – bio-mechanics – which we’ll come to later and genetic factors – for the really geeky out polymorphism with Tenascin C. For those of us who prefer to communicate in easy to understand English that means that communication between the cells goes a little off tangent and changes within the tendon are more likely.

How Do I Know I Have Patella Tendonitis?

Normally patella tendonitis is obvious as it is specific well localised pain at the bottom of the knee cap. Normally aggravated by jumping, periods of inactivity or intense training. It can however co-exist with other kind of knee
problems and so the symptoms can be some what confused. The pain can be also the tendon at the top of the knee cap and also exist with whats called Patella Femoral Pain Syndrome which simply means around or behind the knee cap. 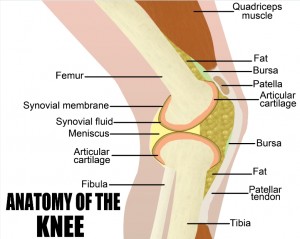 Ok so maybe it does exist. This is one of the conditions where there are physiological changes i.e. there are actual changes in the patella tendon. However, an increasing body of new research suggests that this is true of many conditions – yet in many cases the MRI image in no way reflects the symptoms.

This is backed up by a recent piece of research which came out of the NBA. From MRI scans it revealed that one-third of all professional basketball players in the NBA have signs on tendon degeneration. However, a very small proportion of those we found to be symptomatic.

This is because we are human. We are a complete entity. Otherwise we’d have bits falling off. It essential when dealing with this or any other condition to fully understand which areas throughout the entire body are contributing to the individuals current pain experience.

Patella Tendonitis IS Over Diagnosed

Now I may have to concede that there are some true cases of Patella Tendonitis. The most high profile one being Rafael Nadal who seems to struggle with it at least once a season. Firstly I would question are his Physio’s truly changing the movement pattern that has caused the issue? Secondly, and in defence of his Physio team have you seen the size of his quads! That and the all action way in which he plays. Compare him to Roger Federer (who is rarely injured) and considered the relative pressure the tissues of their bodies are under.

The size of his and other peoples quadriceps are indicative of what we in the trade call quad dominance. That is to say that the quadricep muscles compensate for weaknesses elsewhere and do more work than they should putting more pressure on the Patella Tendon. Simply put all that needs to be done is to ensure that the muscles the quads can compensate for a working correctly (most obviously hip flexors – less obviously lats and obliques) and the quads become more efficient. Much better than hours of pointless exercises in the gym training the same movement pattern that got you injured in the first place.

This principle is not widely accepted. However, we find it hugely effective in our clinical practice for Patella Tendonitis and any knee complaint. Part of the reason can be summarised from one of Frank Netter’s classic anatomy drawings of the Femoral Nerve. Click here to launch in a new browser. As you can see the nerve has a terminus right over the patella tendon. It is normally factors affecting the nerve and the region itself that are the source of the pain. Even if there are changes within the tendon. The trick is to work out what those are… that’s what we get paid for!

As with any condition that’s been around in Physiotherapy for a long time I plead with Physiotherapists, Sports Therapists and clients alike to consider Patella Tendonitis as merely a label for pain in the region of the Patella Tendon. The real trick in getting it fixed is understanding the nuances of the individual with the condition and consider each case in complete isolation. Why does this person have this condition right now? And what can we, as therapists, do to help them get over it as quickly as possible? Rather than packing them off with a bunch of pointless exercises that more than likely won’t make any difference!

That’s my rant over for this week. It feel it was particularly ranty this week but that’s always the case when I get passionate about what I’m writing and feel there are many misconceptions that need correcting. If you’d like more information on any of the above or have a Patella Tendon or any other knee complaint you’d like some help with then give us a call on 01793 613352.

Everything You Need To Know To Get The Most Out Of Your Treatment
September 17, 2021

Everything You Need To Know About Ankle Sprains
May 7, 2020

Is Stretching Really The Best Way To Sort My Tight Hamstrings?
March 10, 2020

After persistent back problems caused by a rugby injury and having seen physiotherapists with varying degrees of success I contacted Swindon Sports Therapy and arranged an appointment. Their approach and explanation of what was wrong and how it would be treated inspired confidence, and after the course of treatment, my back is at its best for years.

I went to the Swindon Sport therapy clinic with lower back pain and restricted movement. They treated much more than my back symptoms, really looking at what other parts of my body were causing the problems. Through massage and simple stretching exercises my pain has now gone and areas of my body that I now realise had been giving me restricted movement for a long time have freed up again. I also feel I have the tools to keep me this way. I wouldn’t hesitate to go back.

It has been amazing seeing and feeling the difference that just a few months have made and best of all, I can run again without any discomfort! I found the sessions to be very informative in helping me to understand my injury.

I arrived at the door of Swindon Sports Therapy with a calf injury. They were excellent and immediately found the root of the problem. After a few sessions all these issues have been sorted and I can honestly say it has helped me achieve more in my fitness regime. Without hesitation I would recommend Swindon Sports Therapy for the professional, expert and friendly treatment I received.

Excellent sports therapy. I was having ankle pains for several months. The problems with my ankle and associated area were quickly identified. The sports massages and exercises given quickly helped my injury and by the fourth session my problem was almost entirely fixed. I would highly recommended Swindon Sports Therapy.

The best treatment by far! I’ve had 5 different Physiotherapists over the years and the physiotherapy techniques I’ve had from the Sports Therapists here have been the best yet. Easy to work with, give great ‘at-home’ exercise to do and has sorted all my sports injuries.

From the very first session I noticed massive improvements and a reduction in the pain and discomfort I lived with daily. Having spent nearly 8 years trying different health professionals in and out of the country, this has by far been the best. I can’t thank Swindon Sports Therapy enough and would highly recommend them.

Simply put this was an amazing experience. I would go as far as describing my recovery as miraculous. After 6 years of crippling shoulder pain, 4 therapists and over a thousand pounds wasted I had pretty much given up on the thought of a healthy shoulder. I took a punt on Swindon Sports Therapy and boy did it pay off. In just a couple of sessions they were able to identify the root cause and remedy my pain. I still can’t believe I am pain free! Highly recommend they certainly know what they are doing.

Disclaimer: The testimonials on this page are the opinion of a few of our clients. Results to treatment cannot be guaranteed. We can guarantee we’ll be doing everything we can get you back to your best ASAP.

This website uses cookies to improve your experience while you navigate through the website. Out of these, the cookies that are categorized as necessary are stored on your browser as they are essential for the working of basic functionalities of the website. We also use third-party cookies that help us analyze and understand how you use this website. These cookies will be stored in your browser only with your consent. You also have the option to opt-out of these cookies. But opting out of some of these cookies may affect your browsing experience.
Necessary Always Enabled
Necessary cookies are absolutely essential for the website to function properly. This category only includes cookies that ensures basic functionalities and security features of the website. These cookies do not store any personal information.
Non-necessary
Any cookies that may not be particularly necessary for the website to function and is used specifically to collect user personal data via analytics, ads, other embedded contents are termed as non-necessary cookies. It is mandatory to procure user consent prior to running these cookies on your website.
SAVE & ACCEPT